For the last several decades, the downtown area of Memphis has been in a state of decline, something that has happened in many towns and cities where suburban sprawl has taken over the mindset of the citizens. Memphis has slowly been reclaiming it's urban space over the last few years and there has been a great resurgence in bringing in artists and their art into urban areas, specifically in the South Main district.
In an effort to expand this movement and improve the appearance of the mostly vacant buildings  (formerly thriving retail establishments) on the northern end of Main Street, some of the movers and shakers in this fair town have recruited artists to display the works in the windows of these buildings.
The artist group I am involved with, The Memphis Association of Craft Artists, was allowed to set up the collective works of some of our members in a store front on the corner of Union Ave. and N. Main St. 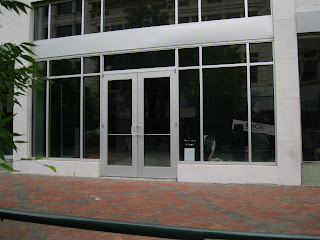 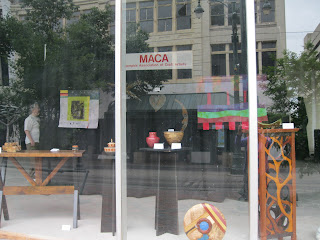 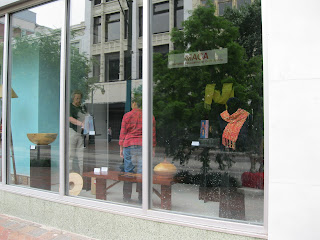 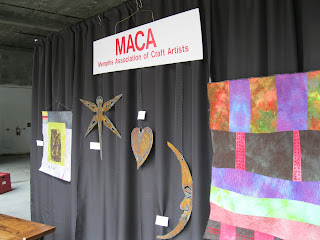 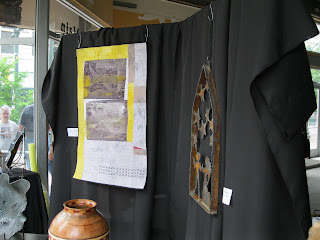 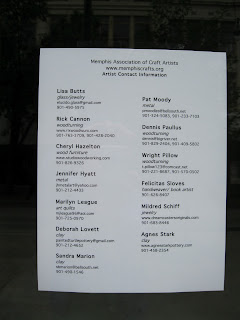 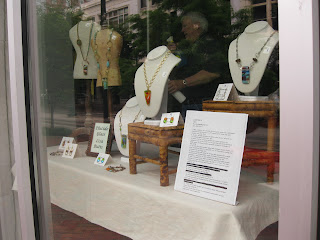 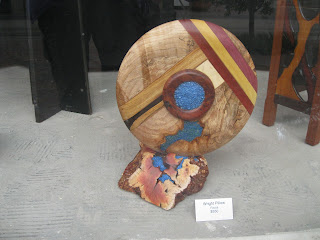 Many thanks to the board members for coordinating this show and to the members who showed up to get their hands dirty (literally) for the set up. A MACA show always looks fabulous, I think, and the art just seems to go together in the most pleasing way.
Posted by Marilyn League at Saturday, April 28, 2012 No comments:

Something besides the house 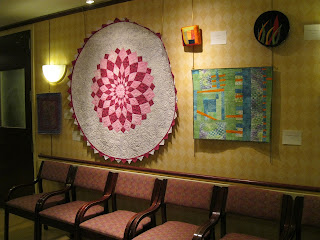 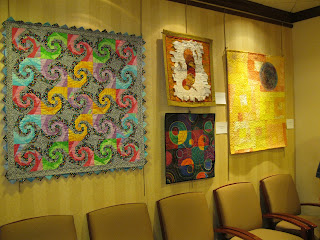 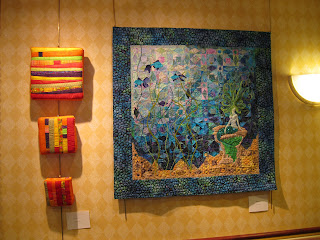 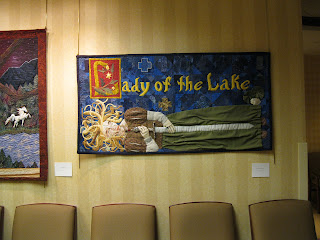 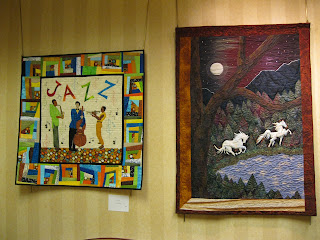 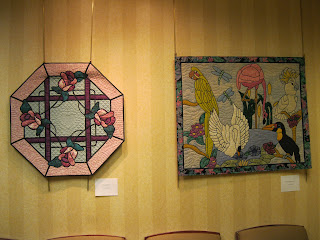 The opening for the art quilt show I helped organize was on Thursday at Wings Gallery inside the West Clinic. It was a raging success. All the artists but one showed up and two sales were made. One of the sales was made before the show opened!!! Hurray Linda!! All the quilts were beautiful and arranged in a most pleasing manner. The show will be up till May 22. Fingers crossed for more sales. For some strange reason, I did not get photos of all the quilts, but you get the idea of how great they look. Huge thanks to all my friends who helped me out with this project.
Posted by Marilyn League at Sunday, April 22, 2012 5 comments:

ALL the painting is DONE!!!!!! Yippee!!! When my time gets freed up a bit, I will tackle the landscaping and I am using that term VERY loosely. More like yardening. The back of the yard is completely crazy and will require days of attention getting it back in order. Maybe a bulldozer would help there..hahaha...but at least things are moving in a forward direction.
Last evening I delivered lots of beautiful art quilts--made by friends and myself--to the gallery at West Clinic. The opening reception is Thursday, April 19. Photos will be posted after that.
Posted by Marilyn League at Thursday, April 12, 2012 No comments:

Now that the painting is finished (except for the triangle, which will get done this weekend) the landscaping is in motion. My son was here to help get started on stabilizing the edge of the water garden. We are using concrete blocks I have scavenged from curbs. Water dynamics is playing a big part in this project. That and brute force, which is why my son comes in so handy.
We worked on it for a little while today after I took a break from the grindstone (ugh) but the rain came back and we had to cease and desist. When all this is done, my little garden outside the sewing room door is going to be so wonderful and soothing to look at. I am being a little more judicious in the plantings this time to avoid that overblown feeling. No more plants that want to run rampant. They will have a new home to go crazy in.
While I was restarting the pump in the pond, I saw a few hardy souls in there. One of the goldfish was pretty good sized. Whew! There are still living things in the water.
Posted by Marilyn League at Thursday, April 05, 2012 No comments: